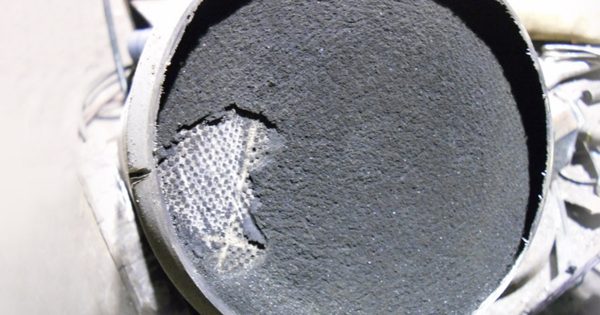 Initial Assessment of a DPF Issue

A couple of questions to the driver and a quick walk around the vehicle can tell a lot about the likely condition of the DPF;

What are the symptoms?
Eg: loss of power, DPF or engine light on
How many kilometres?
Typically a DPF in ideal driving conditions should reach a minimum of 200,000K before filling with ash and needing replacement
Anything much less than this usually indicates either some mechanical issue, poor driving conditions or poor servicing.
Short or long trip driving style?

If the vehicles coolant, oil and exhaust temp do not reach operating temp due to short trips the regeneration will not be able to start or will start but fail. The DPF will fill with unburnt soot.
Any recent repairs? DPF, turbo or induction system related?
Often damage to the DPF has been caused by a recent breakdown that has since been repaired such as a blown turbo, sticking EGR or leaking injectors. Any one of these type of issues can lead to excessive amount of soot or even raw fuel or crankcase oil entering the DPF and causing damage.

How many K’s since?
Has it been a small issue over a long time or a sudden catastrophic failure?
It can be a gradual build up of soot due to for example a slight induction system leak.
Or in extreme cases of over-fuelling, raw fuel or crankcase oil can pour into the DPF effectively causing an out of control regeneration, overheating and melting of the ceramic core.

Is the inside of the tailpipe have a clear oily film or is it coated in dry black fluffy soot?
There should be no soot as the DPF is a soot filter
If clean then it is an indication that the DPF is structurally intact and probably blocked.
If sooty then it indicates a damaged filter core and means that serious overheating has occurred.
Normal regeneration takes place at approx. 600 degrees C
A Cordierite core can withstand 1200 degrees C
A Silicone Carbide (SiC) core is over 2700 degrees C
So when they melt things have got really hot!

No matter which DPF you need, DPF Sales Australia have your Silicone Carbide (SiC) core model, in stock and at the best prices !